It’s an irresistible temptation to take a screenshot of what you like using social media platforms, e.g., Instagram. Do the people who have uploaded the posts get any notification or idea that their story or post has been screenshots? Does Instagram notify him?

Here we will discuss this topic in detail.

Usually, the uploader of the story or post doesn’t know who else from where has taken the screenshot of what he has uploaded. But there is one case

when he is notified when you take a screenshot of his story.

Here, we’ll discuss how this happens.

While using Instagram, you see many things that are worth enough to force you to take a screenshot to use later or get an idea of something you plan to do. But sometimes, when you think to take a screenshot, you hesitate that it may notify the owner that you’ve taken a screenshot of his story, post, or message.

In such cases, you need to know the reality of what happens. Here, we’ve discussed them.

There are different cases for taking screenshots of other things, as are given below;

Here, all three cases are discussed one by one.

The stories you see regularly and the posts you scroll down on the Instagram page from your fans and followers are safe enough to take a screenshot as Instagram doesn’t notify the user.

It’s not only with screenshots, but you’re free to do a screen recording of any video you like, and Instagram doesn’t let the user know about it.

So, with photos and video posts, you can record and screenshot them for later use without hesitation. 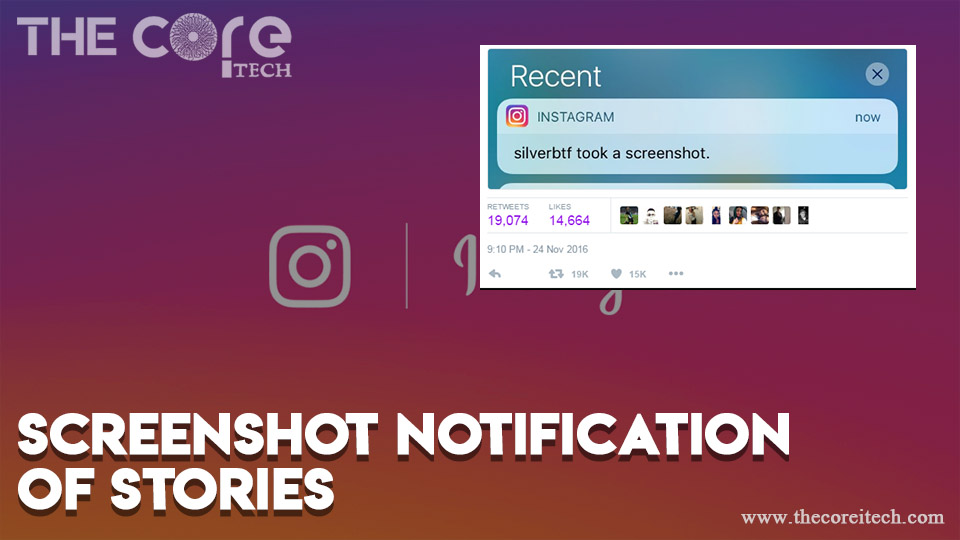 In February 2018, the Instagram IT managers introduced an update in which when someone takes a screenshot of the story, the user is notified, but this feature didn’t succeed as they rolled back this feature after four months in June.

Now, we can take screenshots of stories and posts freely.

3. Screenshot notification of disappearing videos and photos in a DM chat.

When on Instagram, you take a screenshot or do a screen recording of any video or picture, the owner is not notified, but there is an exception while using the app. It’s with the disappearing type of messages in the DM chat.

In a DM chat, if someone sends you a disappearing message on Instagram, it’s for security purposes. Whenever you take a screenshot of that message, Instagram will instantly notify the sender of the news that the screenshot has been taken.

But don’t worry! You can still capture that data just by taking its picture from the camera of another mobile.

Does Instagram notify you when you screenshot a DM in 2022?

How to Avoid being detected by an Instagram Screenshot?

Indeed, Instagram doesn’t let the owner know if any screenshot is taken. But if you want to be careful, you can follow the steps to save the thing you want.

Does Picuki Show who viewed it?

No, Picuki–the Instagram viewer app doesn’t show who viewed it because it is reliable. It guarantees that they will keep everything anonymous.

So, from the above discussion, we’ve come to know that Instagram does not respond to any screenshots of messages, stories, or posts and doesn’t let the owner know, but there’s one exception: the disappearing messages. Instagram allows the users and message sender to know to secure their privacy.