Alright, I know this is super confusing for some of you. So in this PCI Express 4.0 review, I’ve made everything so simple to understand. (Despite the fact that I myself got four headaches during the research)

So before we dig into PCI Express gen 4, let me give you a little bit of background. First, we’re going to discuss: what really the PCI interface is? And what was it like before PCI express 4.0?

In the last: you’ll get to read PCI Express 4.0 speed review, and an answer to the prime question: is the gen 4 really worth it?

So let’s start the show.

What is PCIe or PCI Express Interface?

The acronym stands for peripheral component interconnect express. To put it simply, this is the motherboard’s interface that allows connecting high-speed peripheral devices such as graphics cards or video cards. This is a standard type of connection these days.

All the expansion cards today such as graphics cards, sound cards, or radio cards mostly support PCIe expansion slots only.

Before the PCI Express standard, there were PCI, PCI-X, and AGP bus standards. And they were quite slow; something light-fast was needed to cope with realistic and high-end graphics video games and video editing. And to that response, came the PCIe.

The biggest difference that sets PCIe apart from other bus standards is this: AGP and PCI worked on the principle of parallel connection, but PCIe uses serial connection mode.

The number of slots can be of different configuration, depending upon the model you own. These are: PCIe x1, PCIe x4, PCIe x8, and PCIe x16. The numbers after the “x” show the lanes.

The higher the number, the more will be the bandwidth of the slot.

For example, a graphic card needs higher bandwidth to give its full performance. So you’ll need to insert it into the PCIe x16, but if you insert it in the slot lesser than x16, you won’t be getting the same performance. That’s why most GPUs need x16 slots to give the full potential.

While on the other hand, most sound cards or USBs need only one lane to operate, that’s because they don’t require higher bandwidth.

The transfer rate of data doubles every next generation. So back in 2003 when PCIe 1.0a was introduced, it’s one-lane (x1) supported only 250mbs per second. That means its x16 slot was capable of transferring the data at the maximum bandwidth of 4GB per second.

That number doubled to 8GB per second when PCIe 2.0 came. And then it became 16GB per second at the arrival of PCIe 3.0. (You get the picture, right?)

Here is the table that shows all:

But it isn’t only the speed that gets affected every next generation. There are a lot of improvements such as bug fixes, enhanced design, latest tech features, power control, or upgraded encoding schemes.

What’s best: all versions are both forward and backward compatible. That means you can use the gen 1 graphics card on the PCIe Gen 4 interface, and vice versa.

However, the latest-gen expansion card and latest PCIe interface will definitely win in terms of performance, speed. Because you know every next generation comes with double bandwidth speed, so the latest, the faster.

So if you want to get the maximum performance out of your, say gaming card, you need to get the motherboard that features gen 4.0 PCI-E, and gen 4.0 capable gaming card as well.

PCIe 4.0 Speed Review — the Fastest it Could Get

As suggested in the name, it is the 4th generation. The technology actually was there in 2011, but the public or market release was done in 2019 by AMD. The company finally revealed that its motherboard chipset X570 will support the cutting-edge technology of PCIe 4.0.

But the real question: Is it really worth it? Will the upgrade from 3.0 to 4.0 mean the world to competitive gamers, streamers, or everyday users?

Well, the answer is, surprisingly disappointing: NO!

Despite the fact that “double transfer speed and bandwidth” seems exclusive, enticing — but you won’t need “that” cutting-edge technology anyway. This is too much for video games today, at least today, not sure what comes tomorrow. Even after real-time performance tests, there’s hardly a difference of one or two frame rates. That’s it.

And there’s really no other difference at all between 3.0 and 4.0, apart from the double speed gimmick.

But, wait a minute. There’s a major difference I didn’t talk about. You’ll be surprised to see it.

And that is the difference in price!

So 4.0 really is a marketing strategy? Well, could be. We never know. But at this time, this interface, and all the expansion devices that support it, are the fastest units that will give you the fastest performance — it doesn’t matter just in papers or real-time, and it doesn’t matter you need that or not.

What I mean is if you’re building a PC, and money isn’t the problem, well, go ahead spend on it. Everyone else who is looking to cut the price, but still wants equal-like performance, PCIe 3.0 isn’t dead; still modern, still acceptable. And all the versions of PCI Express are backward compatible anyway. That means you can use a gen 4 gaming card in gen 3 motherboard.

Gen 5.0 has been introduced already in 2020 and seeing the situation, gen 6.0 might also be here in 2021. And as you’ve guessed, they will come doubling the speed.

Perhaps, it will still take years until 4.0 becomes the go-to choice, and the video games or other programs would really need that bandwidth and transfer rate to run.

Summing up, I hope my PCI Express 4.0 review was helpful for you. Tell me in the comment section: What are your thoughts? Is Gen 4 really worth it or is it merely a gimmick?

It is worth the upgrade to PCIe 4.0 for gaming if you: Use the fastest NVMe storage devices for loading games, which will make use of the speed.

You should use minimum of 8 PCIe Gen 4 lanes per physical x16 slot on motherboard.

How many GPU can a motherboard support?

The majority of the motherboards supports support 6 GPUs. A computer with a CPU, storage, memory, and a motherboard, there can be a maximum of 6 GPUs. 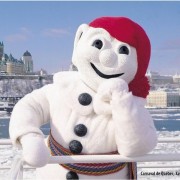 Back in 2018, he starts sharing his experience in Information Technology base on online surveys and research throughout the IT forums community. Technology is not easy to catch but he is enhancing the way of describing and exploring the facts.
Back to top button
Close
Close