This article is about my top three web frameworks.

That I think one should learn for 2020, so if you’re trying to get a head start.

Taken into consideration the job market looks like right now and also going into the future.

So what I’m looking at all that stuff.

I’m trying to like future-proof, this as much as possible to say.

you know isn’t going to be around for a couple of years.

So anyway, it’s just one person’s opinion you know to take it with a grain of salt.

Obviously but let’s go ahead and get started.

I’m going to be counting down from ten to one so number three.

It is going to be just typical asp.net.

So like dotnet four points six or four-point zero points seven whatever the latest version is but whatever that version is. It’s going to be the version before dotnet Corsa dotnet core has at least three two or three versions that they’ve come out with already.

I’m not talking about the dotnet base with asp.net.

So there’s going to be plenty of opportunity for that number two; Web Framework on my list is going to be Laravel.

I’m not a big fan of PHP I like I don’t recommend, it as a first language or you know I only really recommend PHP. If you’re getting paid to write PHP, it’s what I’ve, but if we’re going to mention PHP and a web framework.

So definitely check that out.

If you’re a PHP person alright next one is Falcon, and I’m excited about Falcon.

I plan on spending some time with Falcon in 2020.

This list is the meteor and the problem with the meteor.

In my opinion, it’s a Node.js web framework. But it’s built around MongoDB to date.

There’s a lot of security concerns with MongoDB. That makes meteor not an excellent option for a lot of people.

I remember when the project first started getting venture capital funding.

It had commercial ambitions from the start, it just seems like it missed kind of a few steps along the way, and there’s plenty of blog posts about the mistakes.

That we made and things like that, but I think the meteor is still a pretty good option for Nodejs anybody that wants to go with that you know that Nodejs.

They’re like hey I need a minimalist server spun up. That’s just renting a single page, and I need an API, and for that, node.js is very very good.

So all right guys that’s in my top 3 list. 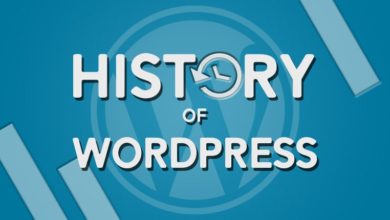